Krabbe’s Disease is a disease that affects the storage in cells – our cells are like little factories that make things….proteins, hormones, transmitters, etc. What they make is all decided by their DNA, and the messages that are encoded. After the cells make things, they package them off and ship them out, or occasionally store them for later use. There is also a part of the cell that is responsible for ‘cleaning up.’ One of the things that cells make are enzymes, which are little proteins that can ‘neutralize’ cell waste and dispose of it. The problem with Krabbe’s is that the enzymes needed (galactocerebrocidase) to destroy one type of waste, is encoded on a part of the DNA that’s mis-written, so they never get made. This waste (from the myelin), builds up in the storage part of the factory, until they just overflow all over the place, and then poison the cell. If that cell (the factory) is cell component of myelin, then the myelin cells die. Myelin is like the plastic sheath around an electrical cord…it insulates the components and keep it safe, and it allows fast and efficient current. Myelin insulates our nerves – they control everything in the body, from your 5 senses, your ability to move, touch and feel, your ability to swallow, digest, and to make your heart beat and your lungs breath. Babies born with Krabbe’s develop normally, because their storage isn’t full yet, so their cells are all functioning well. Once the waste builds up to a point, cells will start dying, and the accumulated waste just builds up, causing more toxins. This inevitably makes the network of nerves be so unprotected, that the currents don’t flow, and the functions are lost. Children who had already started to develop will begin to lose these functions, and it’s often not caught until the disease has already caused enough damage to affect major functions.

To date, Krabbe’s is always fatal, and so far the only treatment has been to use stem cells (precursor cells – see below), but this only slows the pace of the disease, it doesn’t cure it. Added to this, stem cells can’t be just found easily; everyone’s cells are different, and your body has a surveillance team (the immune system) who keeps watch over the body for when there’s trouble. When you get a cut, sprain, bruise, broken bone, stomach flu, cold, parasite, tumor….anything that is not a perfectly functioning system, and your immune system is involved. Since it’s looking for things that don’t belong, it will recognize cells that aren’t made on site (like ANY type of donor cells, for any type of donation), and it can often fight against these cells, and you can have rejection (even of blood). People getting donations of any sort are kept at an ‘immunosuppressed state’ which means before getting a transplant/transfer of donated tissue/cells, someone needs to take meds or get radiation to weaken their immune system. This weakening of the surveillance system lets these donor cells slip in and get working without getting recognized. The flip side to all this is that sometimes the donated cells will decide to attack the body they’ve been put in, and this can cause a reverse rejection. Everyone has a set of proteins that it uses to put a ‘self-identity tag’ on their cells. These proteins are combinations from a pool of proteins, so when looking for donors, you want to have cells that have as many of the same ‘identity proteins’ as possible. This is what we’re looking for when we’re looking for a ‘match.’ Needless to say, transplants of tissue and cells is not something to be taken lightly – it can be lifesaving, but it can also make the situation worse.

When people talk about Stem Cells, they are talking about precursor cells – cells all start out like a blank slate that can be assigned to become any of a number of types of cells. We use stem cells when we need to make more of a type of cell, or more of a cell that makes something that we need. We can program these cells into being of a specific type, making a specific protein we need….it’s pretty cool really. There’s lots of controversy in using stem cells, but they don’t just come from where everyone assumes they’re coming from; they are in umbilical cord blood too. We can save this blood to be used for stem cell research and treatment.

So this new approach is called ‘Gene Therapy.’ It all starts with viruses – when looking at infections, the causative agents are usually bacteria, viruses, fungus or parasite. Bacteria are little cells that aren’t always bad; we have a ton of bacteria that just inhabit our body and actually help with things (ie. digestion). Some of them are total little hoodlems, and run around the body just messing with your stuff. They get into cells and mess up the messaging, some cells eat them and some blow them up. It’s like spy games all over the body, with your immune system running around trying get these guys out, and there’s gunplay, and innocent victims….not always all that pleasant. Viruses are totally different – they are like droids or robots. They don’t have a mind of their own so much as they are on a mission and they are programmed to spread their message, so to speak. Viral vectors (the one for this study is from the lentivirus family/species) are what are used in Gene Therapy; they are like little robot bug looking things (actually kinda like the lunar lander), who come and land on a cell, stick their butts through the cell’s outer layer, and they just crap in their message (DNA, RNA), and some strong-arm workers (enzymes and proteins), and they hijack your cells. They come in, go to the manager (the nucleus), demand to see the blueprint code (DNA), and they put some of their own code into it. This is so the cell can use the cell factory to make things that the virus needs (ie, other viruses), and then eventually the cell will die when the viruses all break out (or hide out for a later break out.) This is why lots of viruses are associated with cancers (not a lot…don’t freak out or anything) – viruses mess with your DNA, and often it messes with the on and off switch, and this can cause cancer.

So enter gene therapy – if we can program a virus with the DNA of things that we WANT the cell to make, we can put that virus in the person, and the virus will spread the DNA around the body. I’m not familiar with these studies, but I know that they use this with Cystic Fibrosis and it’s been successful, but it’s not permanent – you need treatments every few months or years or something. Anyways, Gene Therapy doesn’t require immunosuppression, it’s not going to cause an attack on the body, and you don’t need to worry about finding any sort of a match. Essentially it’s way safer than just bone marrow transplants, and it has more promise for results. The hope is to encode a lentiviral vector with the code for galactocerebrocidase (the missing/defunct code), have it incorporated into the cell’s DNA, and then BAM – cells are making galactocerebrocidase. It also sounds like the idea is to use stem cells that have been injected with the virus, so that you’re making sure you have lots of healthy cells making this enzyme.

So far, this has been tested in similar diseases that have problems in the same area as Krabbe’s (these are called leukodystropy – it means badly formed white/myelin, and they are all missing enzymes that causes problem with the myelin in some ways). This method is being used on people who have these diseases, and are showing to be successful so far. The reason it hasn’t worked in Krabbe’s yet, is because they had these stem cells implanted with the gene, so they started making the enzyme, and replicating, and they found that the original stem cell that was injected, got sick and died from the enzyme being made, but this didn’t happen in the replications of those cells (the daughter cells). So with this new research, they figured out a way for the code to say that the original stem cells were only to replicate; they found these little proteins (micro-RNAs) that could turn off the “factory” function of the parent cell only, and not of the daughter cells. These little proteins only last so long in the daughter cells, and so they eventually become inactive, and the cells will regain their factory function, and the ability to make the enzyme that the body needs. They have done some preliminary testing on animals that have shown very promising, really improving the quality of life and survival time in Krabbe’s. They have to do some formal animal studies before the treatment can be allowed to be tested on humans, and they estimate that it should be about 2 more years before they will have gotten through all the research they need for the treatment, and can start with human trials. Gene therapy with stem cells has been used in many other genetic diseases, and has proven to be more safe and effective than current methods.
Posted by Camara Cassin at 9:36 AM

Please feel free to comment and send your LOVE! 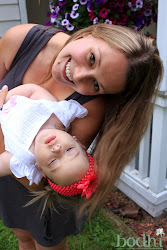 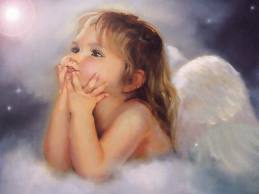 Sign up here for an angel's message. Enter your email. No spam. I promise.

Send us a message!

How would you face the coming death of your child? For two years Anaya was my teacher on Earth. Now she is my guide in spirit. Seize the day! Love is the answer. 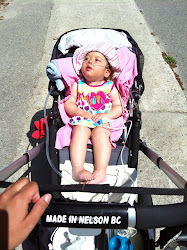